2014 – The Dawn of Indie Game Development

Most people who enjoy video games can recall the first one they ever played which for me, was the classic Super Mario Bros. Since then, I’ve grown increasingly infatuated with playing video games, buying consoles as they come out and playing as much as I can after school. Thankfully as I grew older I reduced my obsession of video games to a healthier state (except whenever a new Grand Theft Auto game is released, in which case my resolve falters for a few straight days). At some point in my studies as a student programmer however, I began to gain a different perspective of video games. What was once a means of completing the objectives devised by the game to elevate my status against fellow gamers or simply passing the time when I’m bored, I now find myself spending more time analyzing and ultimately appreciating the technical work involved in crafting the means to my pleasure. To summarize, my current love affair of modern video games stems from my personal perception of what it is; a harmonic blend of logic and artistry. This change of thought inspired me to transition from being a game player to a game maker. 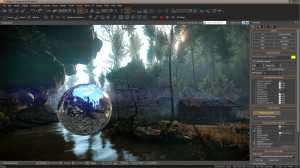 So what does all this have to do with the title of the blog – a lot actually. Booting up a game, you’ll often see an image on the screen showing off the game engine used to power these amazing titles, like the famous Unreal Engine logo before ever reaching the main screen. But alas for those that were as curious as I was at the time, it wasn’t even worth considering trying to obtain a license. Companies need to protect their assets to have an edge over their competitors as well as maintain profitability, hence a kings ransom was the toll to pay for the luxury of having the best tools. Though lesser known alternative game engines existed, it didn’t have the same polish and capabilities that I yearned for in my vision of a game and so for the longest time I set aside my ambition in life. Then something magical happened. 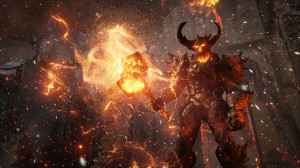 It’s becoming increasingly difficult for the industry to ignore the traction being made by indie developers who are making critically acclaimed games, a sign showing that a growing number of people had what NASA calls “the right stuff”. Companies continue to churn out rehashes of games in the form of yearly sequels in the name of risk mitigation and guaranteed profitability, but a lot of the best scoring games on Metacritics (and to an extent, higher revenue generators), were independently made games (case and point, Minecraft). So it made sense that at GDC 2014, Crytek and Epic games released a complete version of their flagship game engines with strong community support and Unity announcing the next major version of it’s own while charging next to nothing for these services.No longer can aspiring game developers complain about a lack of resource for making their ideas come to fruition, myself especially. Now it’s not to say that it’s smooth sailing from here, far from it in fact. A game engine on it’s own is nothing more than a suite of tools and so it’s up to you to provide it with the art assets, animation, audio, and instructions in the form of code to dictate how the game operates. But these framework typically provide a lot of key features including rendering, asset management, networking, lighting, physics, particle systems, AI and so forth all while abstracting the hardware level so that the majority of code written works seamlessly on other device.

The last point is what I love most about the aforementioned game engines in that they not only work for windows, mac, and consoles, but for iOS and Android as well (and in the case of Unity, Blackberry 10 and Windows Phone). Chances are at least one of the games on your smartphone is powered by one of these game engines. The graphical divide between handheld and stationary computers is tightening up and these game engines are updated periodically to account for the extra leverage available to developers. Now I want to switch over and play the devil’s advocate. The majority of blog thus far has been about bringing to light these powerful game engines in hopes that more people utilize them, but the truth is it’s not always the best option. Great indie-developed games circulate the digital space already without third party engines. Reasons vary for each situation and can include financial constraint, too steep a learning curve, lack of critical features, or even for the sake of pride in building something entirely independently. Ultimately it boils down to a choice, and now we have a surplus of options.