The PC… one of the most dominant technologies for multiple generations. A seemingly unstoppable power. There were those that said it would never die. If you asked someone before 2007 what the PC meant you would get an entirely different answer than you would today. What was once the dominant computing device in everyone’s home is now a mere remnant of the past. A forgotten technology, lost in time. What happened to it? Do people still use them? Are we really in a post-PC era, and is the PC truly dead? Answers and insights await.

The Traditional PC Role
Before we touch on what exactly happened to the PC we need to examine what the PC did before 2007; the year everything changed.

We live in a day in age where nearly everyone in developed areas of the world has access to technology, the internet and a computer. Such was the case back then, and for the most part today. To do work you needed to have a computer. To socialize you needed one. To play games you had to have one. Basically anything you could think of technology wise required a computer. And as such, just about everyone had a PC. 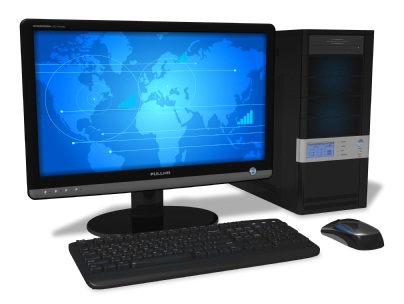 The typical computer user would need access to email, to contact people, to browse the internet for information or to quickly type up a document in their editor of choice. A significant portion of the population desired the devices for social networking, as Facebook proved to be very popular. With all this it’s easy to see the computer did everything, so how exactly did it fall to the way side? What happened?

Prior to 2007 if you wanted to browse the internet or do just about anything technology related, you had to have a PC. When Steve Jobs took the stage at Macworld on January 9th, 2007 that all changed. In the words of Steve Jobs on that day, “An iPod, a phone, an internet mobile communicator”, three ideas conveyed into a single product seemed unheard of – partly because nothing like it had existed before. On that day the mobile revolution began, or as some like to call it: “The Post-PC Era”.

It didn’t take long after that day for vendors across the world to jump onboard. Smartphones were now a thing, easy to use and powerful for most everyday tasks. The idea of a touchscreen device that can do everyday tasks was so intuitive that consumers began to take notice, to jump on board and start using them at an alarming rate. Fast forward to April, 2010 and another device is added to the mix: The iPad.

Now we had another device that was much like the iPhone, except much more useable in a sit- down computing session. Large screen, nice touchscreen keyboard, wide array of apps to do just about anything computing related. Email, internet, social networking, games, utilities, etc – it was no surprise that the phrase “there’s an app for that” was coined.

Between the smartphone revolution and the rise of the tablets it was clear: most of us no longer needed a big bulky PC in our household… we can use a smartphone or tablet for our everyday computing needs. Not only did it do every common task a computer could, it did it really well. It was intuitive, relaxing, safe to use and far less error prone than the PC. No-one wants a frustrating computing experience. 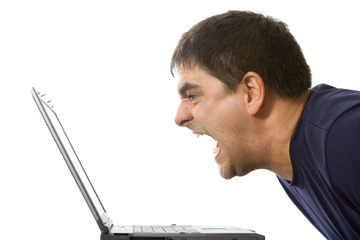 Tablet and smartphone sales have been rising ever since, while PC sales have been plummeting. We can now see the rough idea of what happened to the once mighty PC. It got replaced for the common computing task. But is it truly dead? Is it truly a lost remnant of the past never to be used again? Read on

With the advent of intuitive, easy to use products such as tablets and smartphones there was no longer a need for most of us to have a PC anymore. Why bother with the hassle and setup when all you needed to do was purchase an iPad, turn it on and start using it. Nothing is easier or more intuitive.

With a PC you had to be concerned with system specifications, to run your programs that had those dreaded system requirements. Consumers didn’t like the idea of having to know the intricate details of what a quad-core processor meant. How many stream processors, ROP’s or VRAM their graphics card had. What’s an L2 cache on a CPU? What does DDR3-1600 mean? What is cas latency 8-8-8-24 and why does it matter for memory speed? It’s too much! Who actually knows these things, and why should consumers be concerned with all this when they just want to use the device, write up a quick email or finish a document? Chances are, unless you’re into PC building for that fancy new gaming rig or otherwise, there is no need to know.

This is one of the catalysts for the shift of everyday computing moving from PC’s of the past to tablets and smartphones of today because they are more intuitive and easy to use for the everyday computing tasks people do today. A focus on just getting what you need to do done, without all the hassle and setup to do it is much appreciated.

The question now becomes is the PC truly dead? After all, the majority of the population has already shifted from it so its future doesn’t look good. The answer is essentially the PC is not dead, just the user base for it has fundamentally changed. It is no longer the device for everyone’s household. It is now the device for those that need the raw computing power, such as power users, that can only be provided by a PC. Heavy PC gamers that like to play at really high settings with high-end setups, or those that have multi-monitor setups for professional work or similar will always have a need for PC’s. These are the users of PC’s today, and likely will continue to be in the future.

The Survival of the PC, or The Gaming Revolution?

So we know that the PC isn’t for everyone anymore, its more for professionals and gamers who need the computational power that only a PC can provide. How then does the PC survive if a significant majority of consumers are no longer purchasing them? After all if only professionals and gamers are buying them, albeit expensive machines, that is still a relatively small market and pales in comparison to the size of the mobile market.

The only way for the PC to survive is for those in the professional industry that need them, and gamers who desire the power they provide, continue to regularly purchase the hardware (full systems or pc parts) at a rate high enough to sustain an effective business for vendors that produce them.

The real kicker in all this is the gaming industry. While professionals will likely always need to buy new systems, they don’t do it anywhere near the rate that gamers do. Game developers are constantly pushing the graphical envelope, raising the bar in what is required to run the latest and greatest. The 4K revolution is approaching which will demand an exponential increase in graphical power. As time goes on this leads to those who want to play the newest titles to acquire the fastest hardware. But is it enough?

The ultimate question becomes is it sustainable, can professionals, gamers and game developers continue to push the industry forward enough to keep the PC alive? If not, then the PC as we know it will likely die off. And if it does die off, what does that mean to Moore’s Law and innovation in performance if there is no longer a desire for it. What does it mean to society if we no longer push technology forward, at least in terms of power and performance. It’s an interesting dilemma, and it will effect our future.

Jordan Johns is a software engineer at Push Interactions.  His day-to-day work involves architectural design and implementation of iOS and Android apps.

Jordan Johns is a software engineer at Push Interactions. His day-to-day work involves architectural design and implementation of iOS and Android apps.